Middle school student Roy A. Eberhardt (Logan Lerman) has just moved to Florida from Montana. He is mercilessly teased and bullied by Dana Matherson until Roy breaks his nose in order to be fr 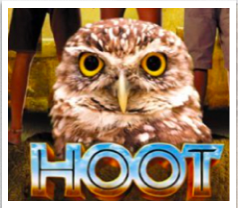 ee. He is exasperated, but then makes the acquaintance of Beatrice “The Bear” Leep (Brie Larson), and her stepbrother, “Mullet Fingers” (Cody Linley). Meanwhile, Chuck Muckle, the corrupt and ruthless CEO of a pancake company is attempting to construct a new pancake house on a nearby vacant lot. There is a problem however: a group of burrowing owls live on the site, and they will be killed if their habitat is bulldozed. The trio embark on a crusade to save the endangered animals. Fingers continually sabotages construction efforts on the site, while Roy is drawn deeper and deeper into the effort to save the owls. Meanwhile, Delinko (Luke Wilson), an incompetent police officer, is assigned to find out who is vandalizing the site; and Leroy ‘Curly’ Branitt (Tim Blake Nelson), an inept construction foreman, is trying to keep the construction schedule going, despite the presence of the owls. In the end, the trio reveals to Delinko and the rest of the town that there are burrowing owls on the lot. They then manage to get everyone to be quiet long enough for the owls to emerge, and Muckle is subsequently arrested by Delinko. The construction site eventually becomes an owl preserve. At the very end, Roy’s parents decide to stay in Florida, Delinko finally gets to be a detective, Dana goes to military camp, Muckle does community service, and finally, Mullet Fingers and Roy pass a sign that says “The Dunes of Coconut Cove: Condominium development. 300 Luxury units coming soon!” They nod their heads, and walk off of the beach. 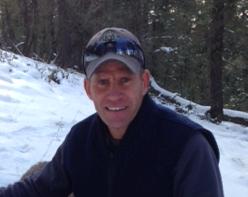 Brent will talk about the reasoning behind the research needs of the South San Juan elk herd that has taken place over the last 4 years. The project was conducted to improve elk management and to help satisfy all stakeholders (hunters, wildlife viewers, landowners, and different agencies, etc.) involved with this herd.  This discussion will describe what was involved, where the project took place, how it was conducted and how the results will steer management decisions into the future.

BIO:Brent received his BS in Environmental Science, minoring in Zoology from the University of Vermont, and his MS in Biology from University of Nebraska at Kearney.  He worked in the wildlife management field in South Africa for four years after finishing high school, agricultural industry (dairy and beef) for 15 years in South Africa, Europe and the USA. He went back into the wildlife field since completing his bachelor’s degree and continued as a wildlife technician for three years through Vermont, Kansas, Utah, and an additional four years that were spent in north-western Colorado before coming to the San Luis Valley in 2015 as the Terrestrial Biologist for CPW. 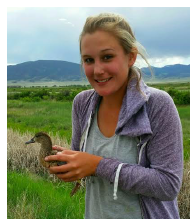 On Waterfowl and Water Rights: A Perspective on Cinnamon Teal in the San Luis Valley.

Casey Setash is a second year master’s student at Colorado State University studying under the direction of Dr. Bill Kendall. Her research is focused on Cinnamon Teal nesting ecology in the San Luis Valley in order to better inform habitat management and hunting regulations. Casey’s research aims to determine which  habitat characteristics lead to higher rates of nesting success and higher duckling production on managed public lands like National Wildlife Refuges. She is an avid birder and newfound duck hunter, and has previously worked with falcons in Mongolia, eiders in Alaska, songbirds in Montana, and raptors in New Jersey. Having lived in Colorado for two years now, Casey has become quite familiar with the issues surrounding water scarcity in the West, especially as they relate to waterfowl management and conservation, and is dedicated to conserving these species that are both admired and consumed. 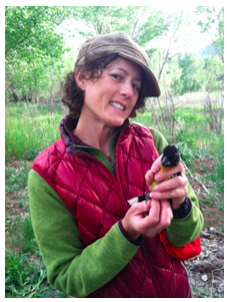 When repeated at regular intervals, Breeding Bird Atlases can detect changes in avian species distribution, phenology, and habitat use over time and may serve as important components of large-scale bird conservation strategies. The Second Colorado Breeding Bird Atlas project marked a 20-year interval from the first Colorado Atlas and documented current species distribution, habitat use, and phenology. The Second Colorado Breeding Bird Atlas book, published in 2016, which presents comparative data for 262 breeding bird species. Atlas data point to possible range expansions for some species, range contractions for others, and discusses current threats and other conservation concerns for Colorado’s diverse avifauna.

Bio: Lynn Wickersham has over 15 years of experience as an Avian Ecologist with an emphasis on conservation of Neotropical migratory birds. She has worked across nonprofit, academic, and for-profit settings conducting original avian research and extensive surveys and habitat evaluations for Threatened, Endangered, and Sensitive species. She has procured hundreds of thousands of dollars in research grants and government contracts for avian studies, and she has extensive experience with field research. She holds a Master Bird Banding Permit and has over 10 years of experience handling and banding passerines and near passerines. Her most distinguished professional accomplishment, Lynn successfully coordinated Colorado’s second state-wide Breeding Bird Atlas and served as author and technical editor for the 744-page publication. 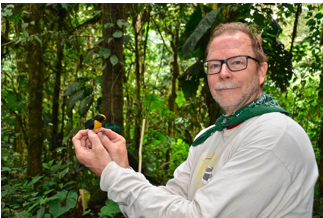 Howard will talk about the experience of working on a bird banding project during December 2015 on the west slope of the Andes Mountains in Ecuador.