CraneCam1 braves the elements at the monte vista wildlife refuge

It may not have to endure the same conditions as the Mars Rover's ChemCam, but CraneCam1 still takes its fair share of abuse to provide crane enthusiasts with the latest footage of bird activity on the Monte Vista Wildlife Refuge. In spring and fall, CraneCam captures the sights and sounds of thousands of migrating sandhill cranes, and during the summer months, it provides footage of summer bird residents enjoying the lush green landscape of the Refuge.

The Friends of the San Luis Valley National Wildlife Refuges acquired the camera as part of a grant from the National Fish and Wildlife Foundation in 2021, which also helped fund the large parking lot for bird viewing and the kiosk located on the 8 South (just south of Monte Vista) as well as two wildlife cameras.
A Reolink solar-powered, remote security camera, CraneCam1 captures footage from the refuge form high atop a 6 ft. wooden post with a 4 ft. base. In the grand tradition of "Reduce, Reuse, Recycle," illegally dumped tires provide added weight to the base—an essential precaution to help guard against the high winds that frequently whip across the Refuge in fall, winter and spring.
Unlike the Mars Rover's instruments, CraneCam1 doesn't have to contend with a thin atmosphere, temperatures of -80 to -195 F, or vast dust storms, but it has endured some pretty tough conditions on the refuge including storms, high wind and even wild animals.

Curious elk can be particularly hard on the camera. In 2021, animals from the resident herd seemed to enjoy the taste of the power cord, and kept chewing on the USB  cable connecting the camera to the solar panel. But thanks to some clever duct tape and sheet metal engineering, CraneCam1 managed to survive the inquisitive ungulates...only to be nearly taken out by a wind-driven center pivot irrigation system!

CraneCam1 currently resides at Bowen Pond on the Monte Vista Refuge and monitored throughout the day by volunteers, who also post images and video on Facebook.

If you would like to see the latest footage from CraneCam1, please follow the Friends of the San Luis Valley National Wildlife Refuges and the Monte Vista Crane Festival on Facebook, and stay tuned for updates.

Information for this article was provided by long-time Friends and Crane Festival volunteer, Brian Underwood. 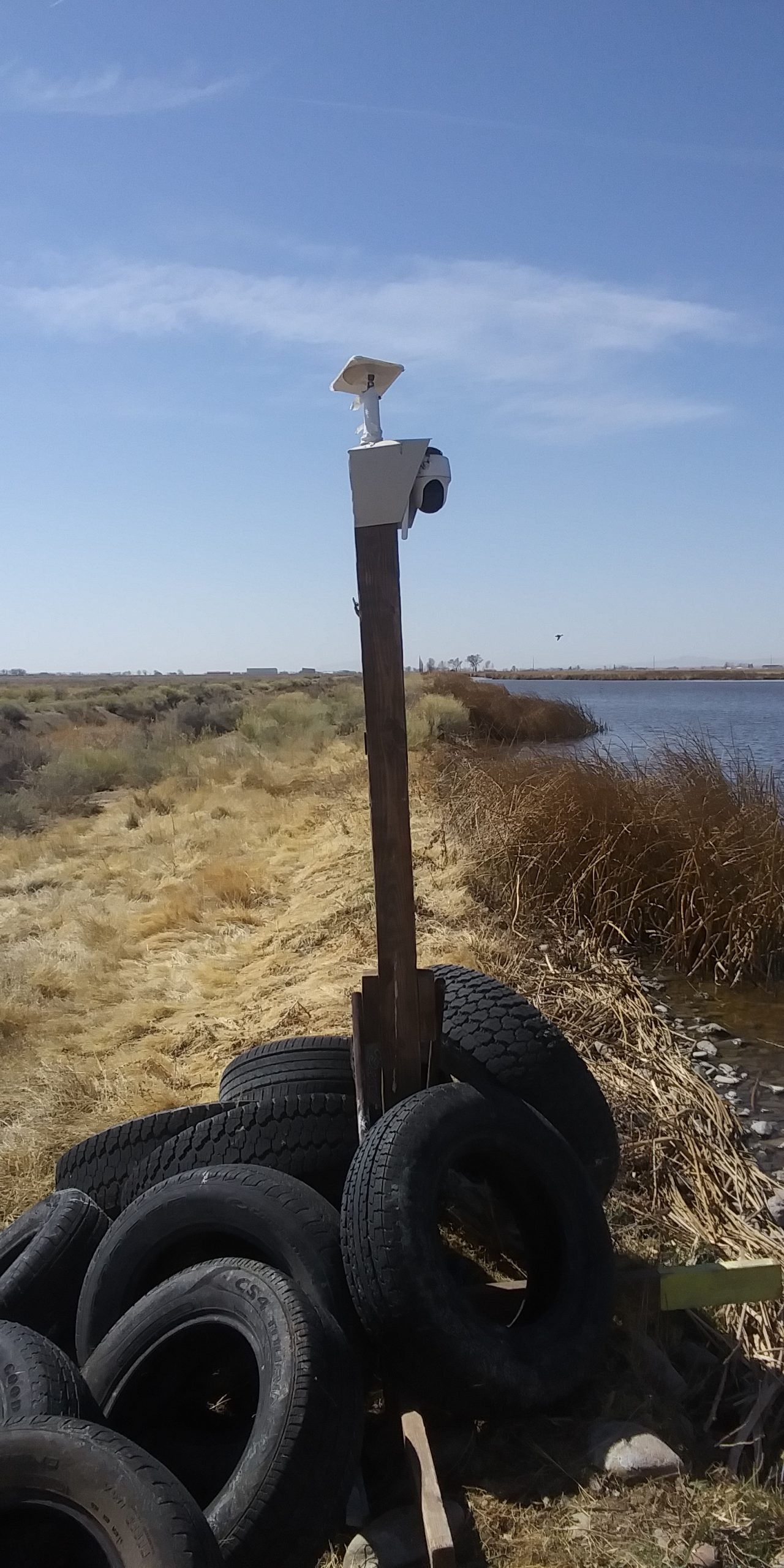