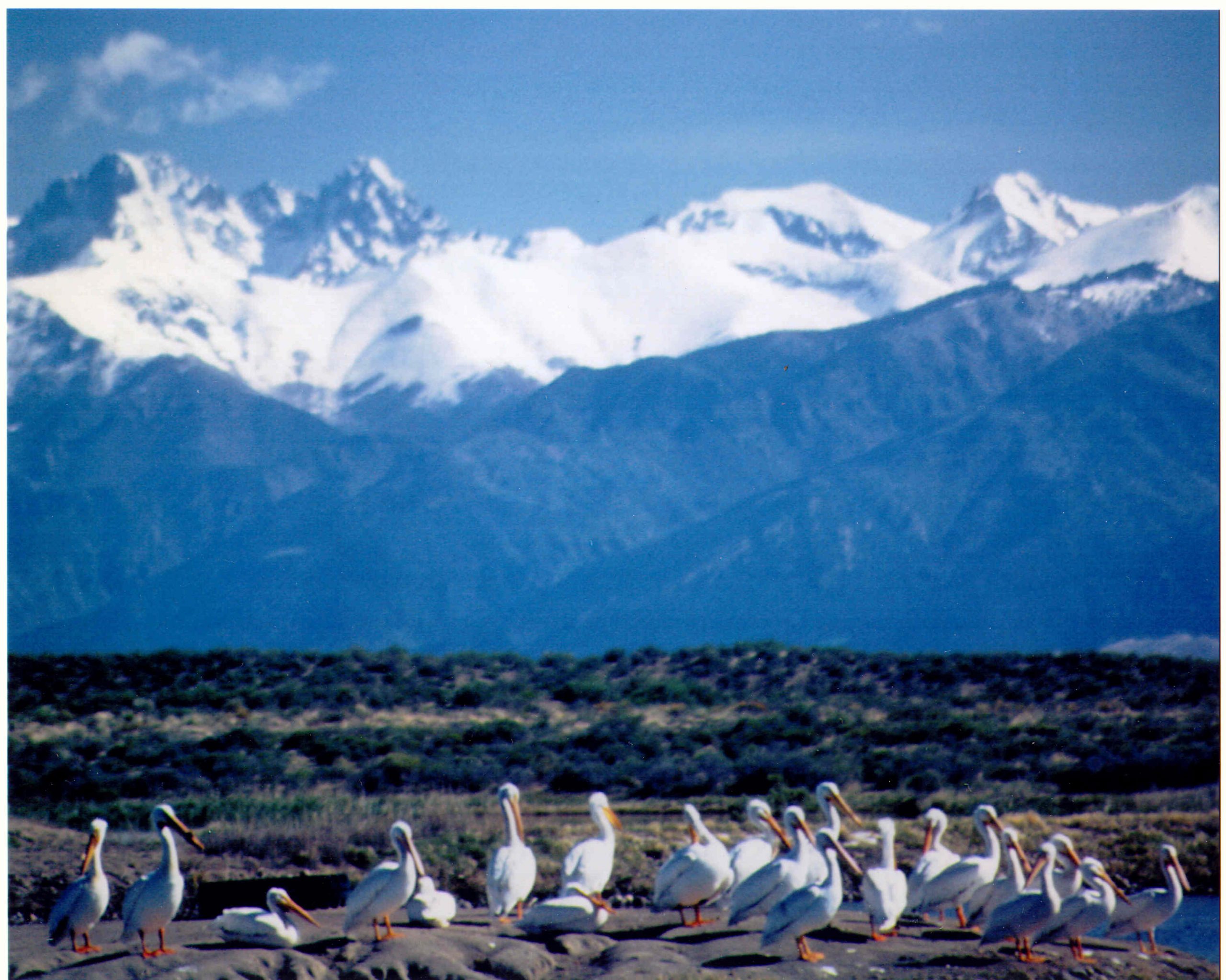 BLM Blanca Wetlands: Tour the Blanca Wildlife Habitat Area which is located southwest of the Great Sand Dunes National Park and Preserve.  The wetlands are about a 45 minute to one-hour drive from Monte Vista.  The wetlands cover almost 10,000 acres and contain about two hundred shallow basins holding wet meadows, salt flats, marshes and freshwater ponds. Wetland vegetation in the playas includes soft stem bulrush, cattail, alkaline bulrush, spike rush, sago pondweed, longleaf pondweed and watermilfoil. About 1,200 acres are watered each year, while other parts are deliberately allowed to dry up.

Blanca Wetlands is managed by the San Luis Valley BLM Field Office, located in Monte Vista. The wetlands are one of the most important areas for birds in Colorado because they provide habitat for migrating waterfowl, water birds and shorebirds. It hosts thirteen threatened, endangered and sensitive species. The snowy plover and white-faced ibis have been documented as nesting here during the breeding season. Examples of other Species of Management Priority that have been documented include American bittern, American avocet, common yellowthroat, eared grebe, Forster’s tern, and greater Sandhill crane.  Shorebirds such as gulls, sandpipers and waterbirds such as pelicans and snowy egret occur here during summer, as well as 158 other species. The wetlands are also a duck breeding concentration area, with mallards by far the most common, but also good numbers of pintail and green-winged teal. The wetlands are important for conserving amphibians in the San Luis Valley. There is a healthy population of Great Plains toads as well as the plains spadefoot toad, western chorus frog, leopard frog and tiger salamander. There are several species of bats that utilize the wetlands. The least chipmunk is common in the greasewood parks that adjoin the wetlands and the Ord’s kangaroo rat lives in the sand dunes. Muskrats and coyotes are present, and mule deer and elk are often seen in the wetland area.

During the Crane Festival Tour the most common species encountered will likely include various species of waterfowl, winter raptors such as rough-legged and red-tailed hawks, and resident songbirds. Keep your eyes out for wintering bald eagles, resident golden eagles, an early killdeer or red-winged blackbirds, and perhaps a prairie falcon on the wing. We may also see mule deer or elk, coyotes, or other small mammals. Look for their tracks while hiking.

To reach the wetlands travel from Monte Vista to Alamosa via US-160 East. From Alamosa, continue east on US-160 a couple miles out of town, then turn left onto Road S116, which becomes Tyler Avenue. Turn right onto Twomile Road/Road 2S/9th Street and follow the signs for Blanca Wetlands.

Blanca Wetlands is closed to the public from Feb 15 to July 15 to protect nesting waterfowl, shorebirds, and other wildlife, so this is a special access tour. We will meet our BLM tour hosts at the locked gate into Blanca Wetlands at 11:00 a.m. The gate will remain open until 11:15 and then be closed behind you so be sure to arrive within this timeframe. The tour hosts will guide you to the accessible ponds for wildlife viewing. We will spend approximately three hours at the wetlands and exit the gate from 2:15 to 2:30, at which time it will be closed and locked. Restrooms will be available on site. Be sure to bring water, hiking boots, a lunch or snacks, and personal items such as binoculars and camera. Dress for late winter/early spring conditions.  For more information please see the website at: https://www.blm.gov/visit/blanca-wetlands.