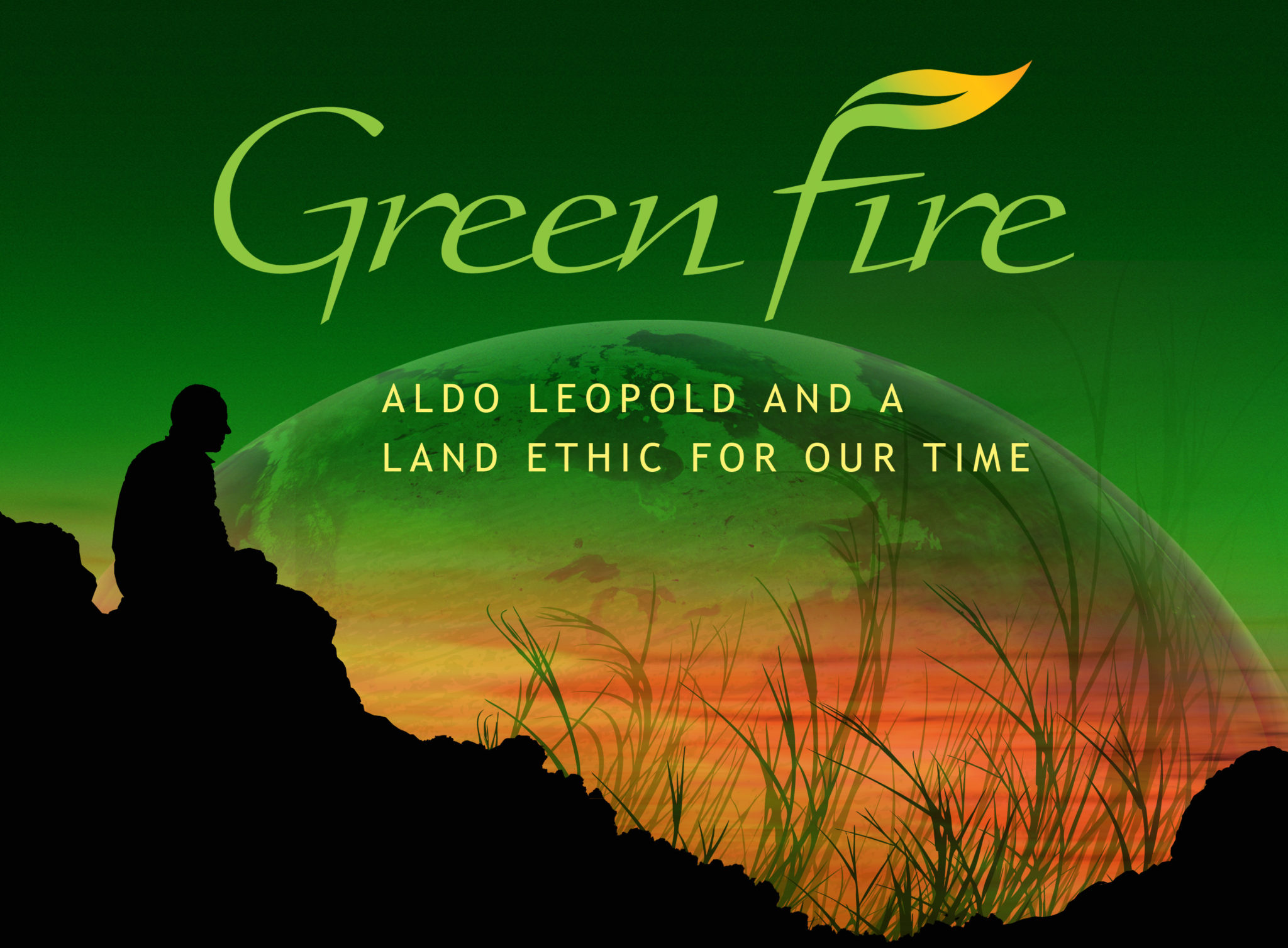 Green Fire, the first full-length (90 min.), high definition documentary film ever made about legendary conservationist Aldo Leopold.  The film explores Aldo Leopold’s life in the early part of the twentieth century and the many ways his land ethic idea continues to be applied all over the world today.

Green Fire: Aldo Leopold and a Land Ethic for Our Time is a production of the Aldo Leopold Foundation, the US Forest Service, and the Center for Humans and Nature. The film shares highlights from Leopold’s life and extraordinary career, explaining how he shaped conservation in the twentieth century and still inspires people today.  Although probably best known as the author of the conservation classic A Sand County Almanac, Leopold is also renowned for his work as an educator, philosopher, forester, ecologist, and wilderness advocate.

“Aldo Leopold’s legacy lives on today in the work of people and organizations across the nation and around the world,” said Aldo Leopold Foundation Executive Director Buddy Huffaker. “What is exciting about Green Fire is that it is more than just a documentary about Aldo Leopold; it also explores the influence his ideas have had in shaping the conservation movement as we know it today by highlighting some really inspiring people and organizations doing great work to connect people and the natural world in ways that even Leopold might not have imagined.”

Green Fire illustrates Leopold’s continuing influence by exploring current projects that connect people and land at the local level. Viewers will meet urban children in Chicago learning about local foods and ecological restoration. They’ll learn about ranchers in Arizona and New Mexico who maintain healthy landscapes by working on their own properties and with their neighbors, in cooperative community conservation efforts. They’ll meet wildlife biologists who are bringing back threatened and endangered species, from cranes to Mexican wolves, to the landscapes where they once thrived. The Green Fire film portrays how Leopold’s vision of a community that cares about both people and land—his call for a land ethic—ties all of these modern conservation stories together and offers inspiration and insight for the future.

“The making of Green Fire has been a process of discovery,” says Curt Meine, the film’s on-screen guide. Meine’s doctoral dissertation was a biography of Aldo Leopold, published as Aldo Leopold:  His Life and Work (University of Wisconsin Press, 1988). To give the film its modern perspective of Leopold’s influence in the conservation movement today, Meine was charged with conducting hundreds of interviews with people practicing conservation all over the country. “Meeting all those people has really yielded new connections between Leopold and nearly every facet of the environmental movement, including ocean conservation, urban gardening, and climate change—issues that Leopold never directly considered in his lifetime but has nonetheless affected as his ideas are carried on by others,” said Meine.

“Aldo Leopold is one of our nation’s most beloved nature writers,” says environmental historian Susan Flader. “His A Sand County Almanac, published posthumously in 1949, has become a catalyst for our evolving ecological awareness and a classic in American literature.” Leopold is regarded by many as one of the most influential conservation thinkers of the twentieth century, and the film highlights the ways his legacy continues to encourage us to see the natural world “as a community to which we belong.”

Learn more about the Aldo Leopold Foundation and the Green Fire movie at www.aldoleopold.org.