Cranes in the San Luis Valley

In February, Sandhill Cranes, the San Luis Valley’s oldest visitors, begin their annual migration north from their wintering grounds on and around Bosque del Apache National Wildlife Refuge in New Mexico. They congregate in large numbers on the Monte Vista National Wildlife Refuge to take advantage of the open water the refuge provides for roosting and grain for food. They return to the San Luis Valley during the fall on their way back to New Mexico.

For millions of years, the Sandhills have been spending their “Spring Break” in Colorado’s Valley of the Cranes. While in the San Luis Valley the cranes perform their courtship dance — leaping and bowing while raising and lowering their wings, and making a croaking sound to one another. Once a male and female bond they form a pair for life.

Greater Sandhill Cranes are about four feet tall with a six-foot wingspan. They weigh around 12 to 13 pounds and are uniformly gray except for a red patch of skin on their foreheads.

Similar-looking, but much smaller birds, are Lesser Sandhill Cranes. About 1,200 of them are part of the Rocky Mountain flock. Most Lesser Sandhill Cranes stay east of the Continental Divide in a flock of 500,000 that make a well-known migratory stop in the Platte River basin of Nebraska. 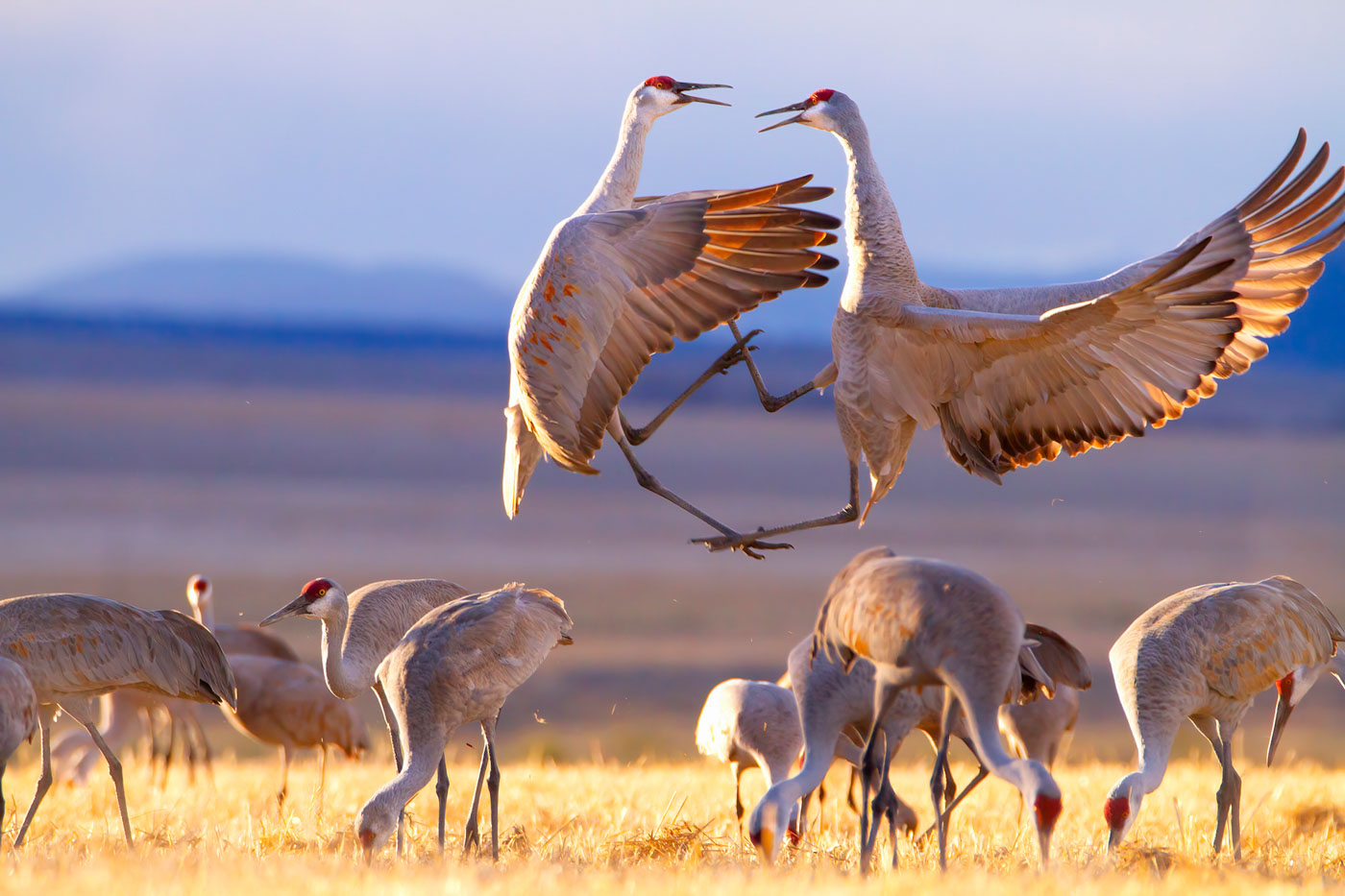 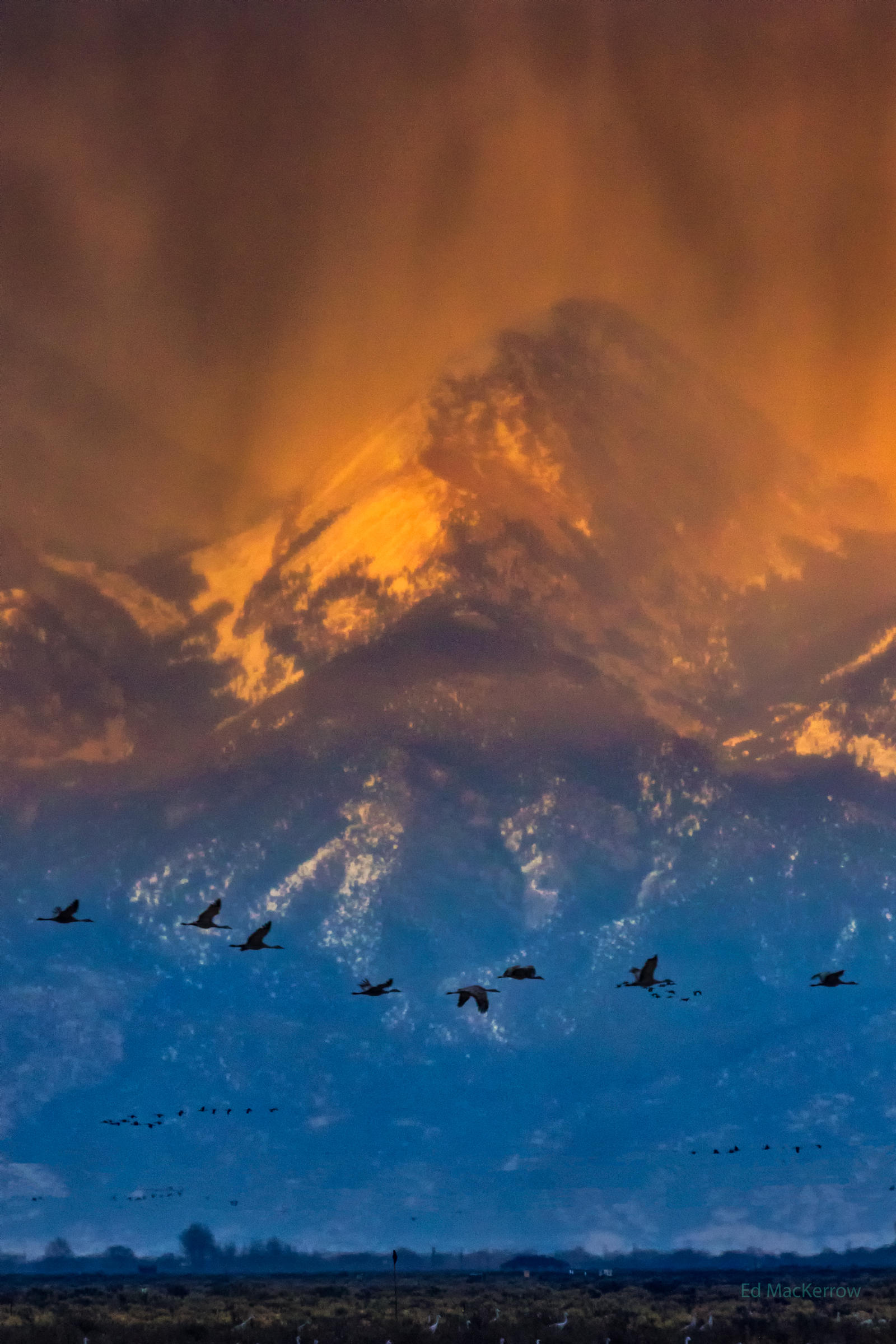 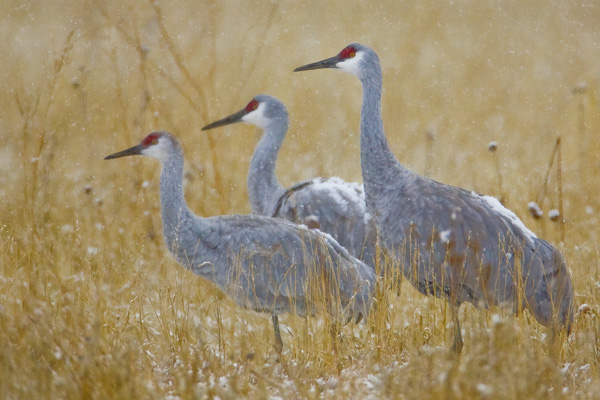 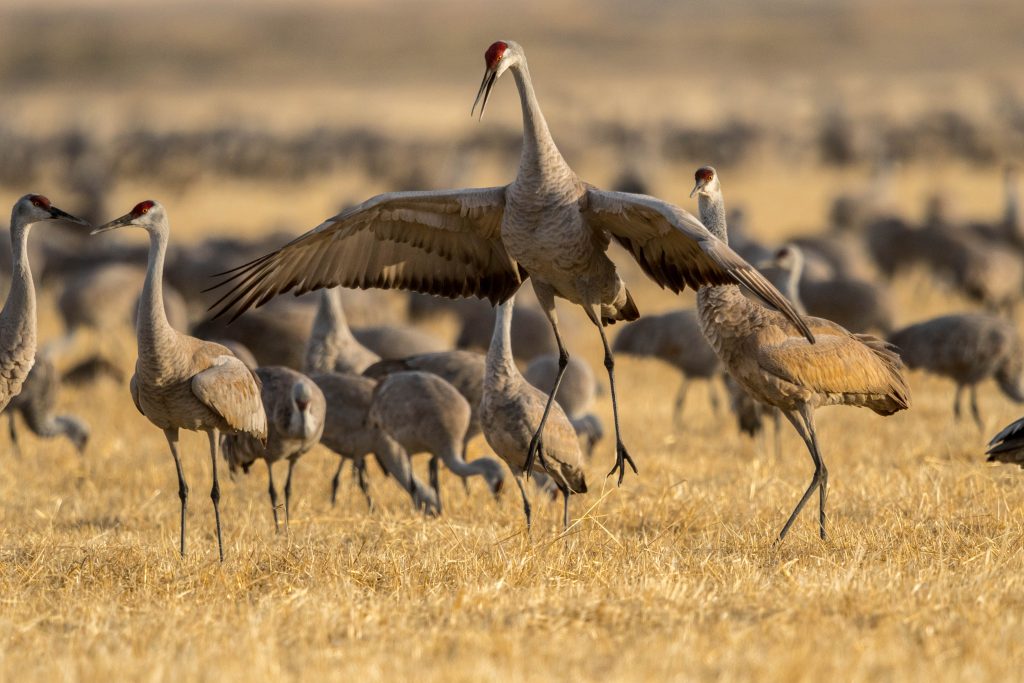 No one really knows what the early residents of southern Colorado thought about this majestic migration of cranes, but they were paying attention to it. High on a rocky cliff face in the San Juan Mountains on the edge of the valley is a well-protected, six-foot long petroglyph that is unmistakably a Sandhill Crane. So, as much as 2,000 years ago, humans were celebrating the return of these magnificent birds to the Valley of the Cranes.

Today, crane watchers come from far and wide to join the celebration at the Monte Vista Crane Festival held the second weekend in March. While the festival offers outstanding opportunities for celebrating and understanding cranes and other wildlife, the common denominator that brings visitors back year after year is the 20,000 or so greater Sandhill Cranes and a few thousand Lesser Sandhills. Besides the cranes there are thousands of waterfowl, numerous wintering bald eagles and other raptors that highlight the wildlife viewing. 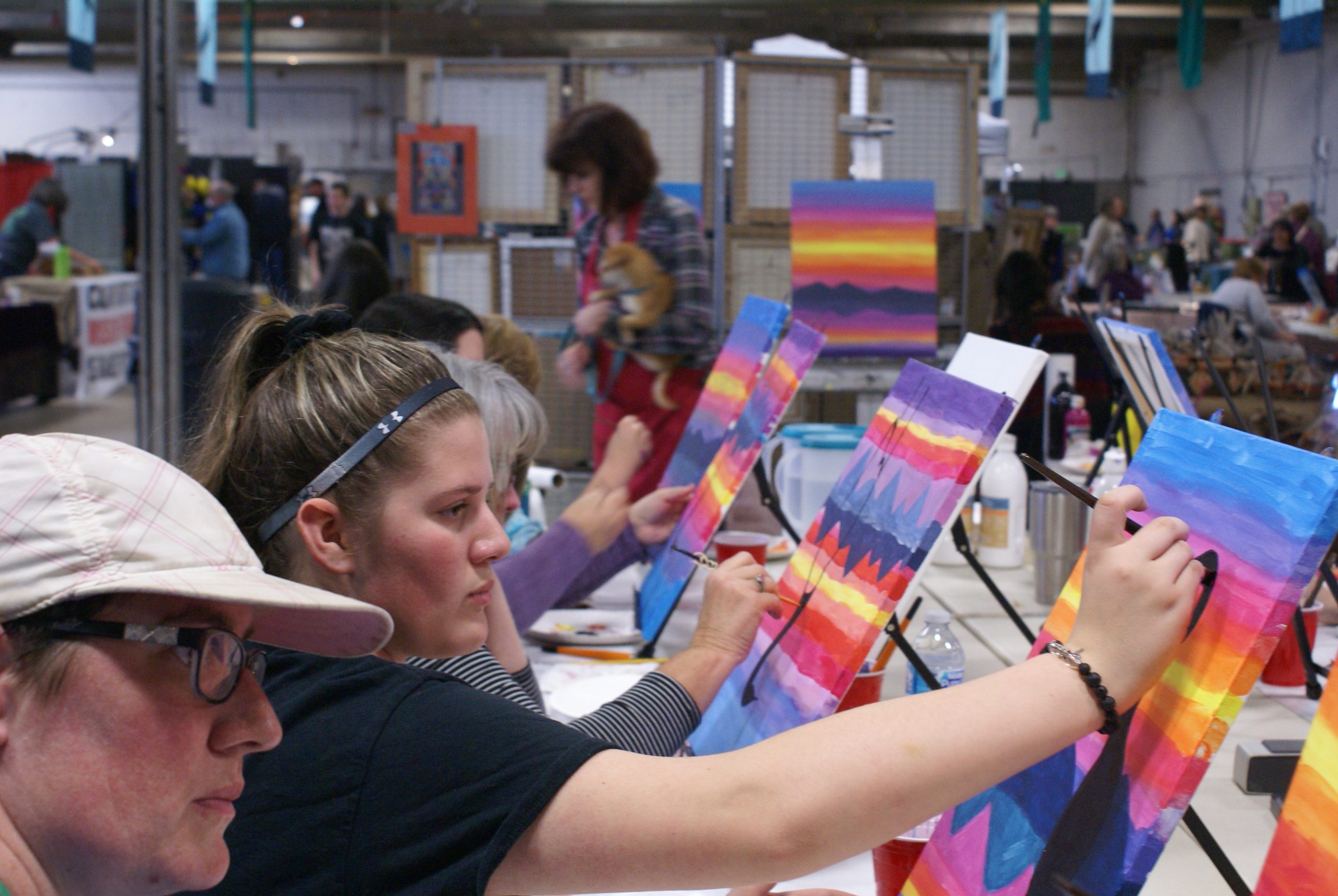 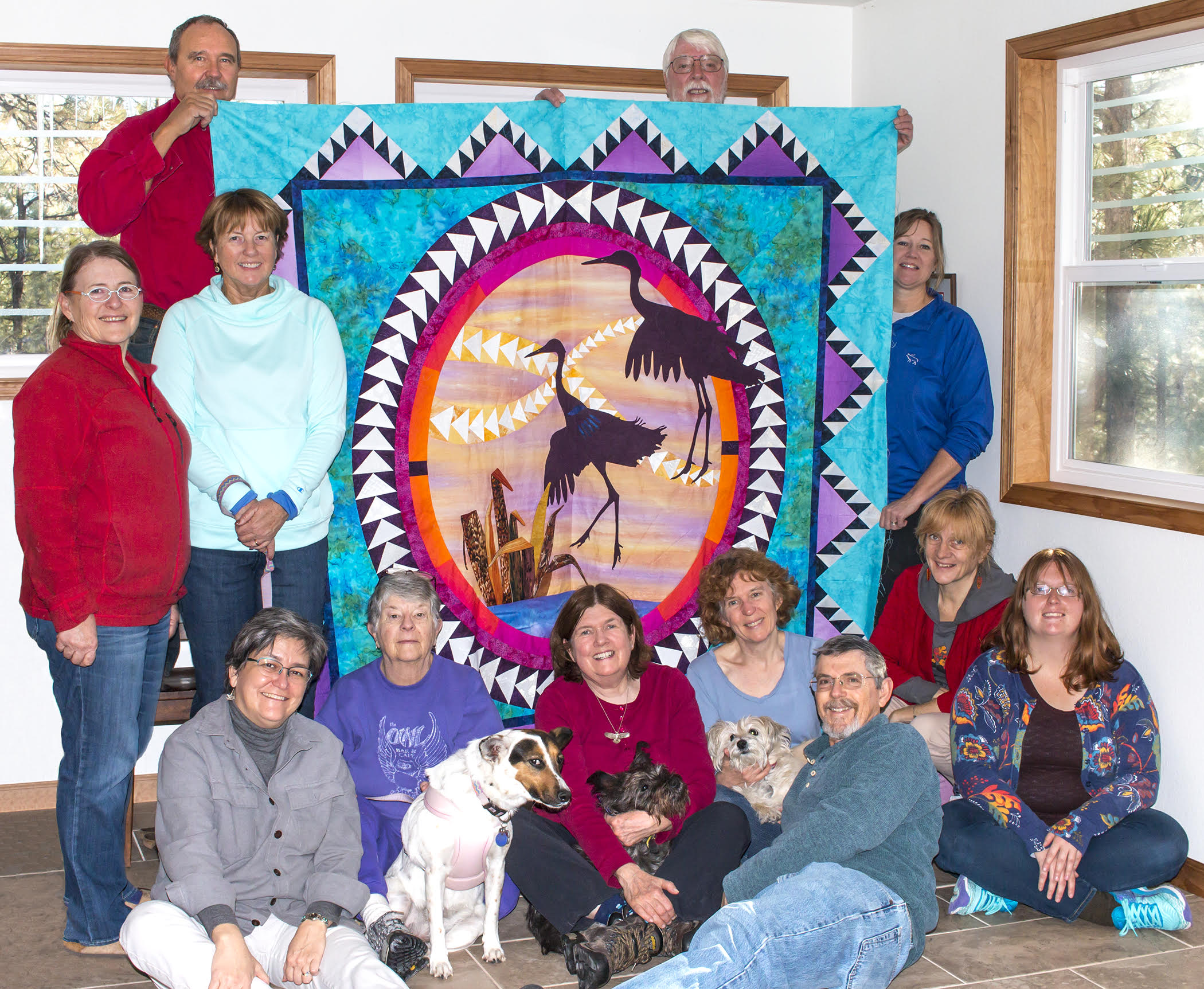 Nowadays, thousands of bird lovers flock to Monte Vista in mid-March for the three-day festival filled with tours, lectures, live-bird exhibits, photography classes and an arts and crafts show. But the biggest draws remain the scenic San Luis Valley, hospitality of Valley residents and the tens of thousands of sandhill cranes and other unique wildlife.

Bigger and lighter in color than their sandhill cousins, whooping cranes faced an uphill struggle due to hunting and habitat loss. In 1941, there were only a couple dozen whooping cranes left in the wild. So scientists began placing whooping crane eggs in sandhill nests as part of a foster program aimed at establishing a population outside of the eastern states. When the whooper chicks hatched, the foster parents raised the chicks as their own. Sandhill cranes migrating through the San Luis Valley were used in the program in  hopes that the shorter migration route—from southern New Mexico, through the Valley, to  nesting grounds around Yellowstone—would improve the whooping crane’s chances for  population growth.

But over the years, the Valley's small whooping crane population petered out because of drought, mortality and failed  breeding. By the year 2000, only two whooping cranes passed through the Valley. The only remnant these days is a unique sculpture fashioned from farm tools standing  in front of the Monte Vista Safeway named “Cooper the Whooper.” 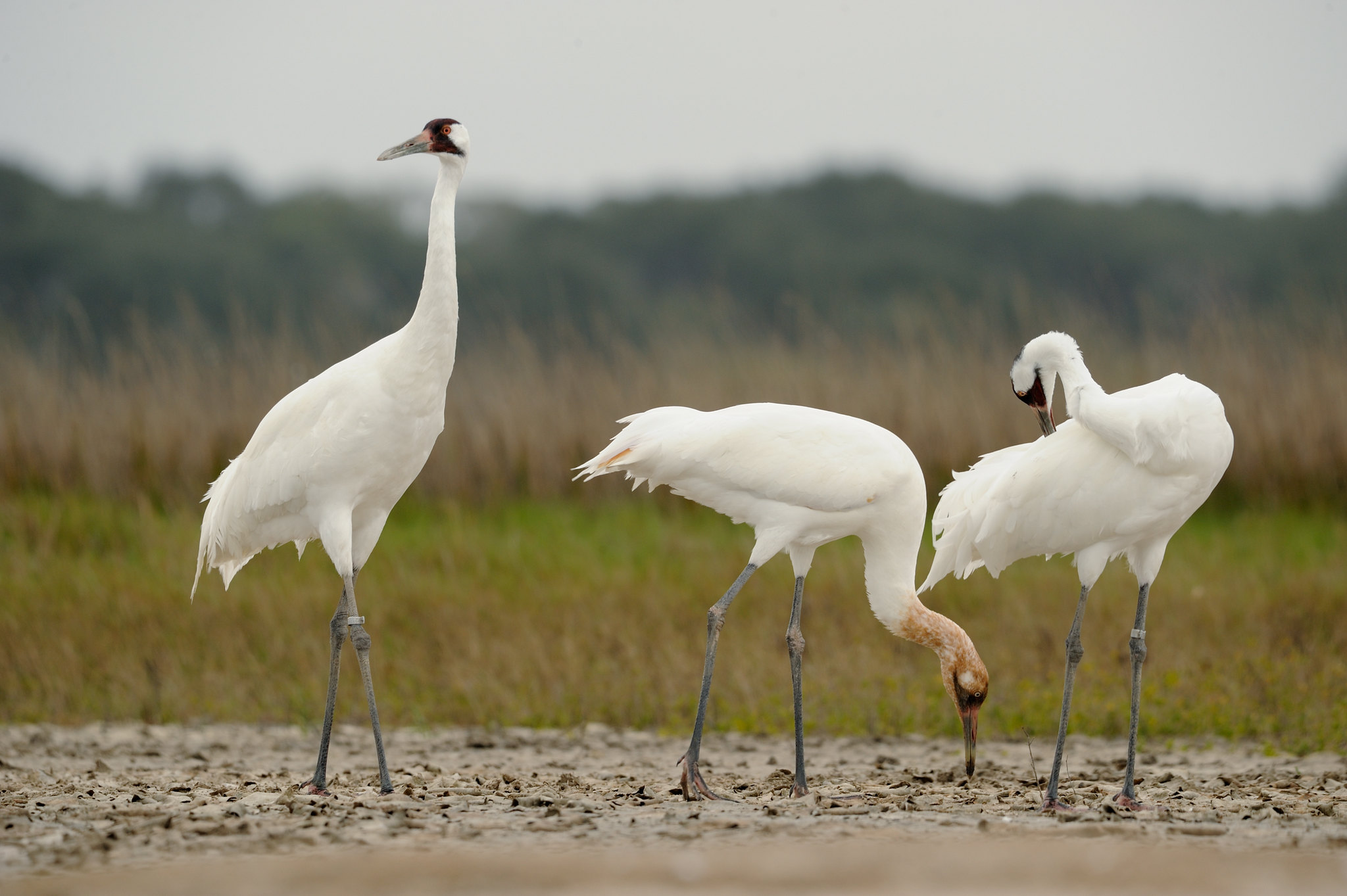 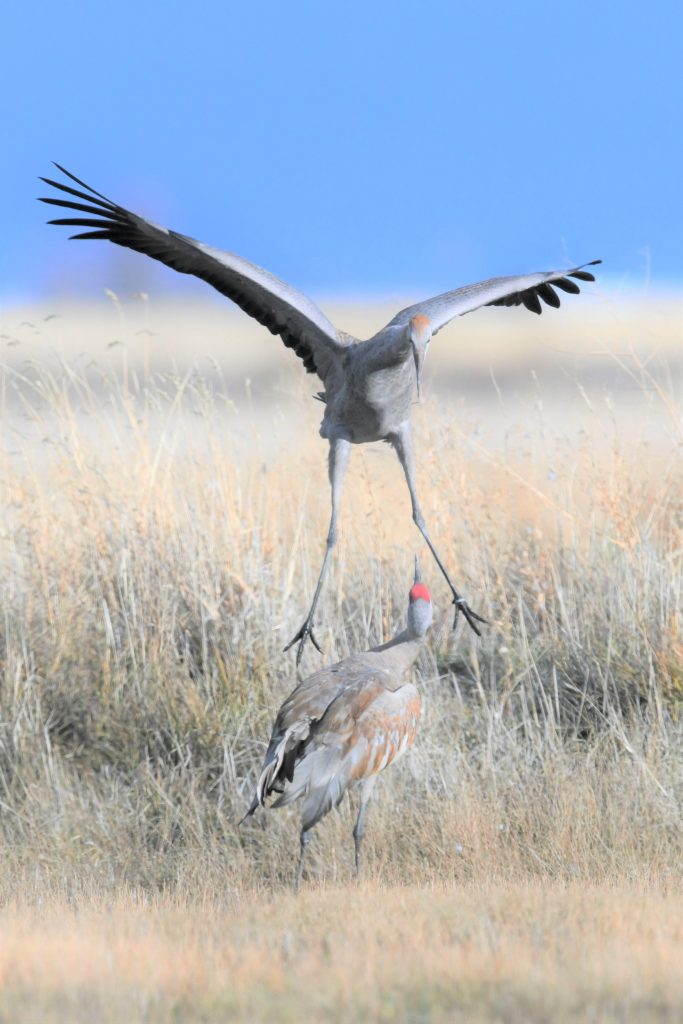 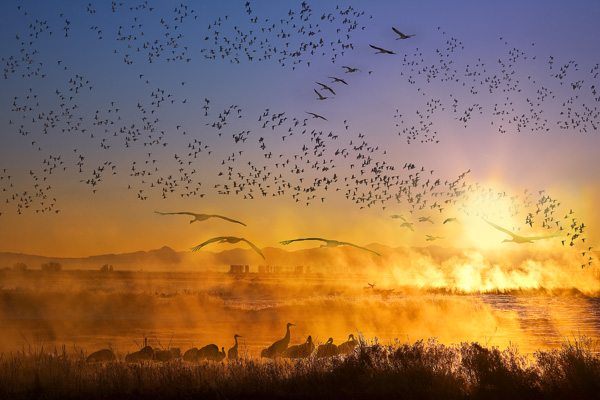 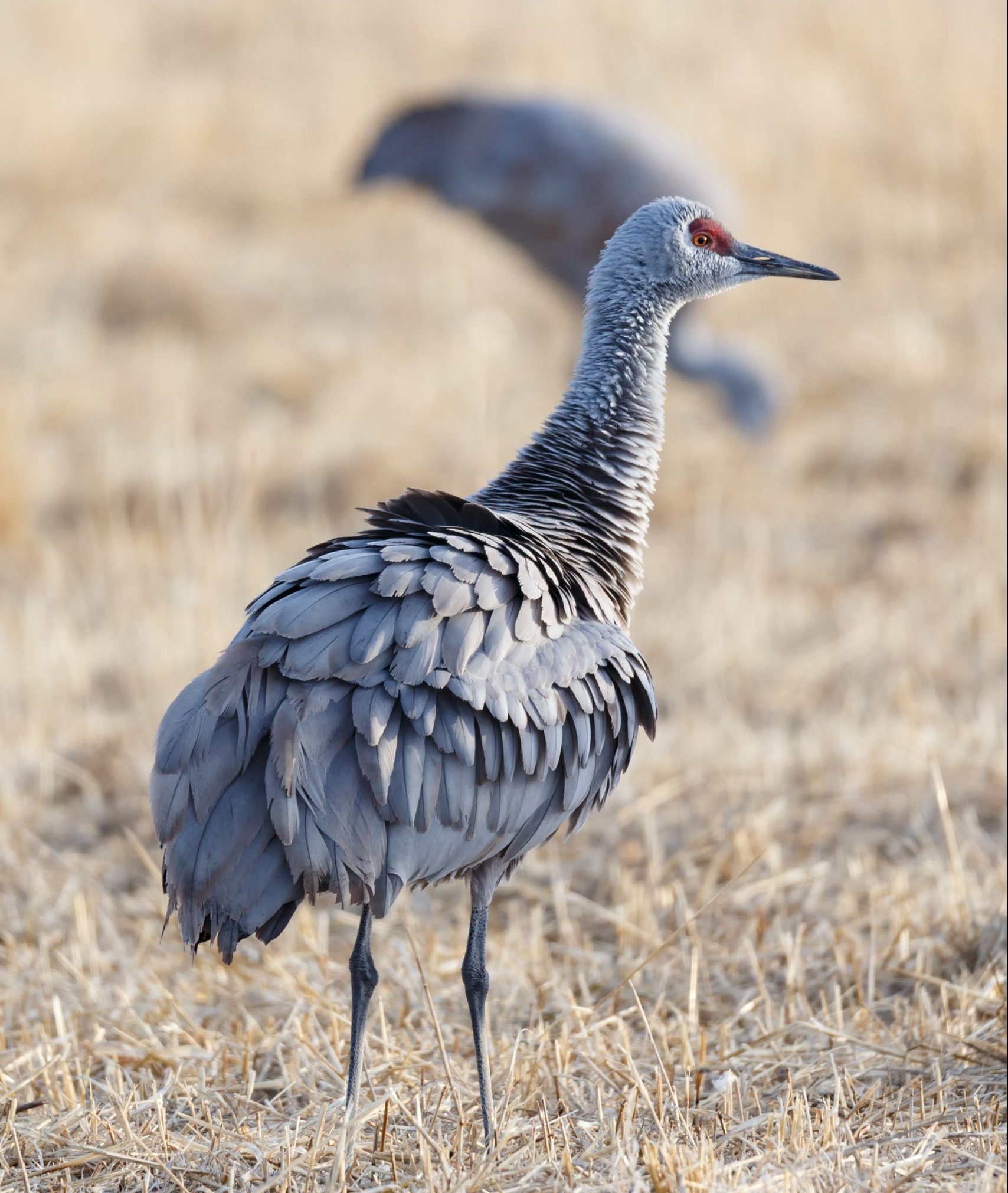 Join us in supporting the refuge & keeping our festival running strong

Donating to or joining the Friends of the San Luis Valley Refuges will help keep the Monte Vista Crane Festival returning year after year like the Sandhill Cranes!